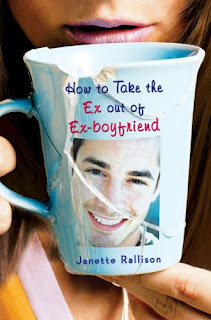 Giovanna has it all, she’s got great girlfriends, an amazing twin brother and a great boyfriend, Jesse. Jesse is a popular boy and all of his friends are popular too, which leaves Giovanna feeling a little overlooked. Those types of girls never want to talk to her beyond a few superficial remarks. When her brother, Dante, decides to run for student body president, Giovanna just knows that Jesse will throw his support behind Dante and help out with whatever he needs help with, so she’s completely surprised when he does just the opposite and becomes campaign manager for Dante’s opponent. This makes her furious and she very publicly dumps Jesse to help her brother by being his campaign manager, thinking she can rub it in Jesse’s face later. This plan backfires on her rather quickly, Jesse seems to move on way more quickly than Giovanna would like, and she realizes right away that she still really cares for Jesse and that she’s made a huge mistake. Can Jesse forgive her after the very public way she dumped him and all of the mean things she does to him afterward?

I really enjoyed the story of this book. The plot was funny, how many bad things can happen to one person! I laughed really hard after the party scene when Giovanna and her friend, the preacher’s daughter take some drunk boys home. They really should have seen that one coming! I thought that the characters were well done, really all of Janette Rallison’s YA books are amazing. I love that they are clean, funny and well written.